Laptop Hard Disks May be Searched upon Entering the U.S. 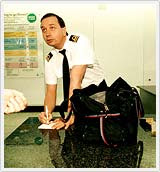 This post departs from the usual theme of this blog in order to bring an alarming practice of the U.S. Customs and Border Protection service (the CBP) to the attention of persons in the European venture capital industry -- fund managers, managers of venture-financed companies, and professionals advising them -- who travel from time to time to the U.S.

A series of recent cases in the federal courts in the U.S. have brought to light the fact that the CBP claims an unrestricted right to search hard disks on laptops of persons entering the U.S. The policy behind the practice is not written down and has no formal guidelines, so far as we know. It is therefore difficult to know anything about it unless one has the bad luck to experience it or has read some of the cases challenging it.

The policy and practice of the CBP, as reflected in the cases now moving through the U.S. courts, may be summarized as follows:

As it happens, the three principal cases challenging the CBP practice of searching laptops have all involved child pornography. The business traveler from Europe can take no comfort from that fact, however. In one case the search was apparently triggered by nothing more than the fact that the traveler arrived at Los Angeles International Airport from the Phillipines and had a goatee (U.S. v. Arnold). In another case the search was triggered by the fact that the CBP agent spotted a laptop in the back seat of the defendant's car as he crossed the border with his father from Canada to the U.S (In re Boucher).

Recognizing the threat this practice of the CBP poses for business travelers, a business travel organization, the Association of Corporate Travel Executives, intervened and filed a brief on behalf of the traveler in the Arnold case. And just this month (February 2008) a leading U.S. law firm based in Washington, D.C., Arnold & Porter LLP, issued a Client Advisory, entitled "Working on the Plane? How International Travel can Result in Government Officials Examining Your Electronic Data," bringing this risk to the attention of their clients.

The CBP's interest in intercepting pornographic material not only offers no comfort to business travelers it may itself heighten the risk of a laptop search for those travelers whose passports show recent travel to countries known as sex tourism destinations, e.g., Thailand.

To date the results of the cases involving laptop searches are mixed. One appellate court has ruled that the CBP has the unqualified right to search a laptop hard disk and does not need a reasonable suspicion in order to do so (U.S. v. Ickes). The laptop search was likened to a search of a suitcase, which everyone agrees is permissible. The U.S. District Court in the Arnold case went the other way and ruled that the CBP must have a reasonable suspicion of wrongdoing in order to search a laptop, else the search violates the Fourth Amendment. The judge said such a search is not like a search of a laptop, it is like a search of the traveler's own memory. In the case before it the court found that the CBP officer who conducted the search did not have a reasonable suspicion and therefore entered an order suppressing the evidence obtained in the search of Arnold's laptop. The Arnold case is now on appeal to the Ninth Circuit Court of Appeals. It was argued in October 2007 and now awaits decision.

In the Boucher case the traveler had saved his pornographic photos on a separate drive on his laptop and had encrypted the drive using Pretty Good Privacy (PGP). The CBP was unable to break the encryption and access the drive, so the prosecution had a grand jury subpoena issued compelling Boucher to divulge his password. Boucher moved to quash the subpoena on the ground that it violated his Fifth Amendment privilege against self-incrimination. The federal Magistrate hearing the motion agreed and quashed the subpoena. The case contains some important lessons for travelers carrying laptops. We will come back to the question of encryption in a subsequent post.

The probability of a laptop search of an innocent traveler coming into the U.S. from Europe on a business trip may be low. Then again it may not be. We do not know. And we have no way of finding out. Therefore, it is in the interest of business travelers from Europe to proceed with extreme caution when entering the U.S. carrying a laptop.
Posted by Ed Stadum at Tuesday, January 15, 2008

What a great resource!